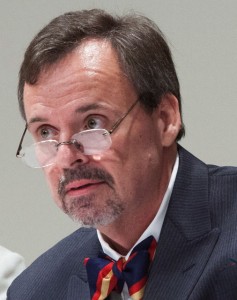 W. Winston Elliott III is the President of The Free Enterprise Institute and Editor-in-Chief of The Imaginative Conservative. Additionally, Mr. Elliott is Senior Fellow of the Gerald R. Ford Presidential Foundation and Visiting Professor of Liberal Arts and Conservative Thought at Houston Baptist University. He earned his Master of Arts in Liberal Arts from St. John’s College and a Master of Business Administration, with Honors, from the University of Houston. Prior to joining the Institute as President in 1992, Mr. Elliott had served on the Institute’s Board of Advisory Trustees since 1984. In 1983, he founded Elliott and Craft Corporation. He served as President of this computer services company until 1991. Mr. Elliott is a member of the Board of Trustees of Wyoming Catholic College.

W. Winston Elliott III on The Imaginative Conservative including: